As many participants know by now, the TSP’s main, public-facing website has been completely redesigned. The redesign had been planned for a while now, and after months in beta, the new site was launched at the end of June.

Here’s what the redesigned main page looks like, in case you haven’t visited it yet: For those feeling really nostalgic, see this post or archive.org here to see the earliest version of the website for comparison’s sake… 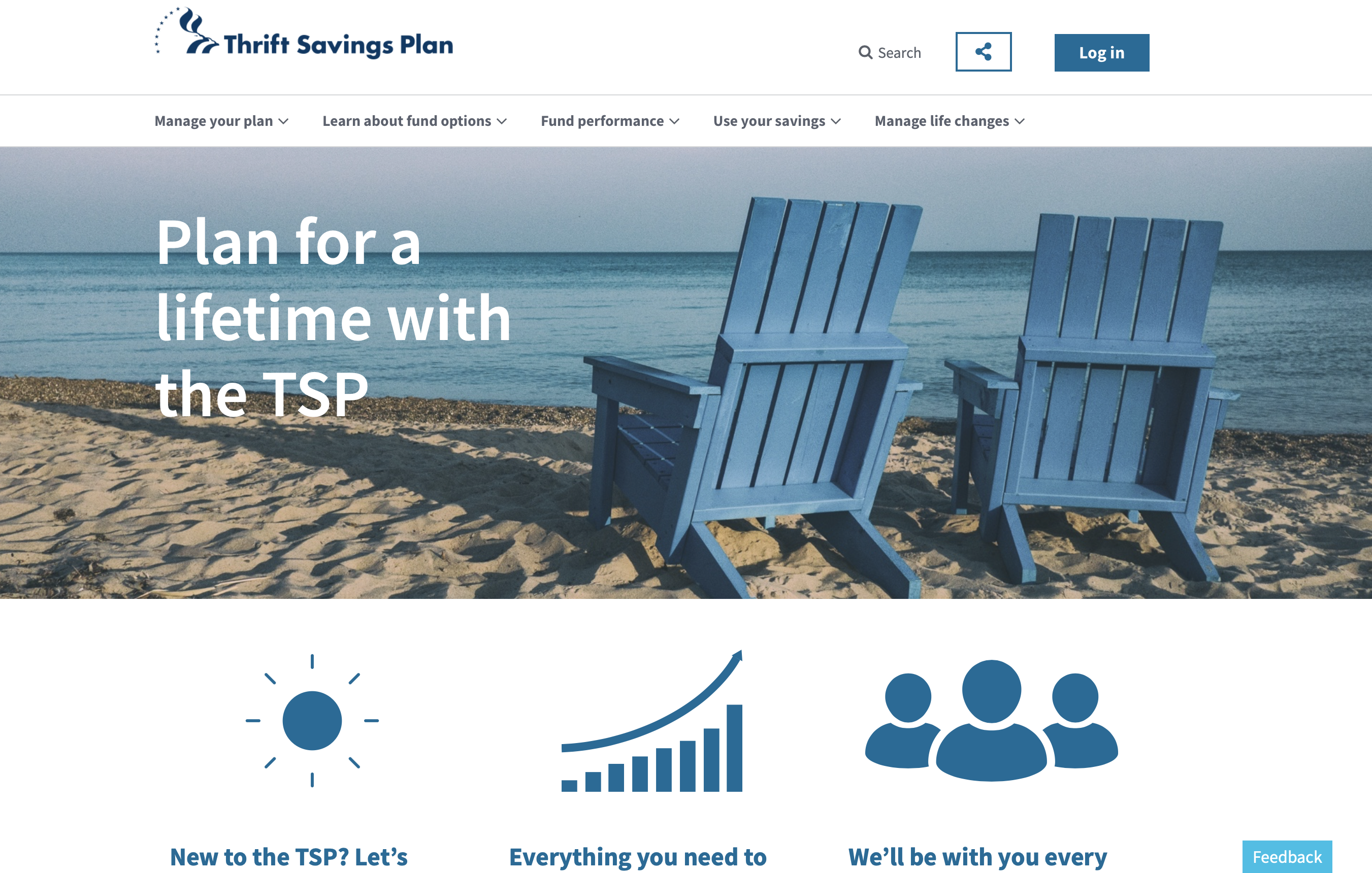 The site adheres to the “U.S. Web Design System” and uses Bootstrap 4 and multiple javascript libraries to give it a dynamic feel no matter the type of device you use.

The public dash board is available here. Unfortunately for the curious, while tsp.gov is indeed currently being tracked as part of the program, it is not one of the options available for public viewing of access statistics.

The site also uses Google Analytics and Google tags. That raises the question of U.S. government offices enabling a single, private tracking corporation essentially privileged access to public (and in the case of many sites, private) usage of said government sites – and in turn to use that tracking data for its own commercial purposes – but that’s for a different discussion thread.

Interestingly, the traditional URLs to places like the fund performance page have changed too, which is a function of both ease of use for participants and that the new site is probably based on a static site generator like Jekyll.

Given its mobile-friendly approach, there is probably little chance that an official mobile app would be developed any time soon, which TSP has avoided for a while now.

All in all, the new and updated site has a sleek and modern feel together with the basic functionality that participants expect. I’m sure this version will be with us for a while now.